AI or artificial intelligence is on the fast track of progression. Take anything from SIRI to auto-pilot cars, AI is integrated into a lot of things we use daily. Sci-fi movies or books often portray AI as robotics with human-like attributes. However, that is just a myth where real life comes in. Things like search engine algorithms or automatic weapons are all various forms of artificial intelligence.

The artificial intelligence commonly in use today is actually known as weak AI or narrow AI. The reason behind that term is that it is mostly designed to do a single task. For example, it is only supposed to improve internet searches, drive a car, or recognize facial features. It is the future goal of researchers to create AI that is stronger. Narrow AI is capable of besting humans in particular tasks. But a strong AI would be able to do better than humans at almost every cognitive activity.

Why is it important to ensure AI safety?

It is important for researchers to work constantly towards ensuring that the impact of AI on society stays beneficial. Especially when their future goal is to create a more versatile and proficient version. AI systems are and, in the future, will be even more so, involved in numerous areas. They are used for control, security, verification, and validity in everything from law to economic offices.

On an individual level, the crashing or hacking of a laptop is of course a nuisance but not threatening. But what if the controls of an airplane, car or a pacemaker are relying solely on AI? Then it needs to be made as secure and foolproof as possible. This is the challenge being faced by researchers aiming to improve AI in the future years.

There is also another crucial point of concern that is discussed by experts when speaking of stronger AI. What will be the consequences of AI becoming better than human beings at all cognitive tasks? In 1965, I.J. Good stated that designing artificial intelligence is a cognitive task in itself. A system like that can undergo a process of continuous self-improvement. It can trigger an explosion of intelligence that would leave normal human genius in the dust.

Inventing new tech with revolutionary impacts like super intelligence can help eradicate poverty, disease, and war. It could be the biggest achievement of the human race. But according to the concern of researchers, it might turn out to be the last. Before creating a stronger AI, it is important to learn how to make it stay aligned with human-friendly goals.

There are different schools of thought when it comes to raising the standards of AI. Some experts and dissertation writers are doubtful that such a thing can ever be accomplished. While other are adamant that strong AI would certainly be beneficial. The possibilities are various. But it is also true that AI also hold the potential to cause harm intentionally or unintentionally. Extensive research is needed to prevent and prepare for the negative results of its use in the future. Thus, human society can enjoy the benefits while avoiding major disasters.

Researchers agree that super intelligent AI is quite incapable of exhibiting human emotions. Hence, there are no reasons to believe that it can act malevolent or benevolent intentionally. But then what kind of dangers can be faced by a highly intelligent AI system?

Autonomous arms are AI systems which are programmed for killing. If used by the wrong person, these weapons can cause huge casualties. A race of AI arms can lead to a technology-driven war that will result in unforeseen disaster. A weapon controlled by stronger AI might have a design that is difficult to turn off. In order to thwart any interference from the enemies. However, such levels of autonomy can also turn against the users and creators themselves.

This fault can occur if the creator’s fail to completely align the goals of the AI to human ones. This can be extremely difficult. For instance, if you ask an AI car to take you to the airport as quick as possible, it will do so without worrying about your safety. It is not doing anything negative, yet its literal behavior can cause damage to you and others.

As these examples suggest, the basic issue behind stronger AI is not evil intent but simply over-competence. A super-intelligent AI will not stop at anything to achieve its goals. It will not do this out of malice, but just for the sake of doing its task efficiently. Therefore, despite its many useful benefits, the risk factors need to be controlled before further development. For more content like this, reach out to cheap essay writing service Company. We offer the best content on all topics, written according to your precise requirements. Description of IT services in Singapore 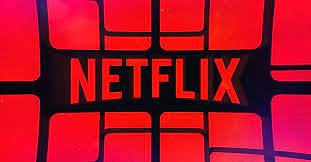 What to Watch on Netflix this Summer 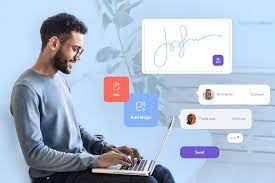 Working from Home: What Applications You will Need 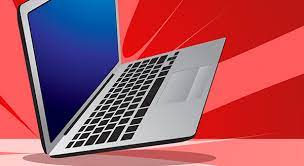 5 Ways To Protect Your Laptop From Being Damaged