After a period of having a decline in sales, XXXX launched a new variant under the historic brand ‘dry’. Their target is the new generation of people who would end up drinking beer. Till this refreshing and considerably better launch, the brand has attempted to work on their XXXX Gold brand but they have modified the taste of the beer quite a bit.

Customers have reported that they have enjoyed consuming the XXXX Dry Gold. They came across it while looking for something different and once that they were able to get away from the technical terms that are used for beers, they found the XXXX Dry, and they were completely moved towards the brand instantly with the Dry style.

Another comment on the beer is that the XXXX Dry is considered to be the beer that is one of a kind with an amazingly refreshing taste and the crisp finish is what they find so amazing. They also mentioned that, with the launch of XXXX Dry, they have gone back to the brand and tried what other products they had and found that the quality of their beverages has not fallen, even a little bit.

XXXX Dry is a significantly big part of the company and it is a great addition to the beverages that they have previously made. They not only put in a large sum of money, but they also gave it their time and everything that they needed to promote their product and let people know that it exists and that it is an inordinate product to try.

XXXX Dry was made according to what people look for in the beer and after getting to know the requirements of the people regarding their preference in their choice of beers, this product was made. This is their one big shot at making sure that their brand stays afloat and stays at a prominent position for years and years to come.

Past and Future Endeavors

XXXX is known to be a highly loved brand in Queensland and that is because the brand has been around for a considerable amount of time, more than over a century. This is the reason that people have had the brand in their lives for generations and since they are so used to it, no one ever considered stepping out of their comfort zone till this generation. This generation is prone to experimenting so it was not possible to keep them latched to XXXX only based on the old retaining tastes, beverages, and products.

XXXX Dry, after its release in April 2020, has been known by every one of age as a dry and crisp beer, with its low carb specifications and the uniqueness of its taste is what is going to make it stand out. 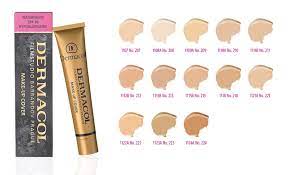